What are the determining factors for an individual’s success? Parents will say that college is a pre-requisite for success, but people like Peter Thiel would like to convince the world otherwise. Sean “P. Diddy” Combs would probably say that it comes down to hard work and hustle, but how can that be qualified or quantified? How can you compare the success of Warren Buffett to that of Bill Gates? I would say that there are common threads among all of the people mentioned.

Success is the intersection of three immutable major tenets: Ability, Interest, and Opportunity. The lack of any one of these factors effectively guarantees under-performance or outright failure. A good way to quantify the combination of the tenets is by applying a factor to each one and multiplying them with each other. The Ability scale goes from 0 to 1, the Interest scale from 0 to 1, and the Opportunity scale is from 0 to 100, giving Opportunity the ability to increase the amount of “success” – however it may be qualified. This is better elaborated through examples.

This one is an easy one: think of the casual guitarist (such as myself). No matter how enthusiastic I am about guitars (Interest) or how many famous music producers I know (opportunity), at this moment in time I will not be a candidate to be a guitarist for any band. Now – many people will say, “What about (insert no-talent musician here)?” Believe me… I hear you, but the reality is that even those musicians lacking musical talent possess other qualities that make them marketable to the mainstream public, substantially upping their Ability score.

The beauty of the Ability tenet is that in the presence of sustained Interest, Ability can improve over time. Conversely, if Interest tapers off, the growth of Ability can be hampered. Additionally, Ability can decay over time as is proven by the saying, “If you don’t use it, you lose it.” To use our guitar player analogy, it’s easy to see that an interested guitar pupil will practice more often and be motivated to improve, whereas a guitar player that hasn’t played in a while will notice that their skills have deteriorated since the last time they played.

The most transient and fluid of the three tenets, Opportunity is the most important for the scale of overall success. Opportunity can take on many forms, but is almost always due to exterior influence.

For Bill Gates, his Opportunity was highly impacted by the timing of his Interest. Think about this, had Bill Gates been born even 5 years later, do you think the name “Bill Gates” would be a household name or would the name in quotes just have been replaced by someone else? I would say the latter. Bill Gates’ Interest and Ability was timed perfectly with the ascension of the personal computer. He was positioned perfectly and maximized his Opportunity by using his Abilities as a technologist to produce a product that he knew would help peoples daily lives.

Now imagine some of the big name traders/investors in the last 50 years and George Soros is invariably mentioned. With a 50+ year career and a net worth of approximately $20 billion dollars (as of March 2012) his success has been huge in scale and distributed over a long period of time, making it easy to see that he has had a series of successful investments rather than one large scale winning trade. If you read his book “The Alechemy of Finance” it is easy to tell that Soros is not only a genius, but he is also a passionate student of the inner workings of our massive financial system. He lays out a framework on how to think of all of the various moving parts of an analysis, referred to as the theory of reflexivity, and how he uses reflexivity to guide his decision making, or Opportunity identification. This framework was built by his Interest and Ability, which facilitated his identification of Opportunities in the market. Pretty cool, right?

So we’ve assigned a score to each of the three categories: 0 to 1 for Ability, 0 to 1 for Interest, and 0 to 100 for Opportunity. Now what? I could have you multiply the numbers with each other and create some arbitrary score scale that can help guide you, but I feel that this could artificially distort one’s choice as whether or not to pursue a goal or a dream. There are lots of low success probability outcomes that people pursue, like being an actor, singer, entrepreneur, or captain of the varsity football team, but that doesn’t stop people from trying to pursue those goals.

The last thing I would want to do is create something that would limit someone’s ambition, but one thing the scale allows is the chance to reflect on three concise major factors, rather than all of the convoluted variables that act as inputs when humans make decisions. If you can funnel all of the information down into three distinct numbers and compare one goal versus another, this thought framework could be a great way to select the appropriate path to take. 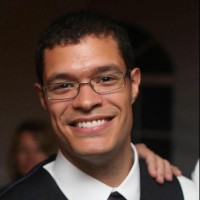